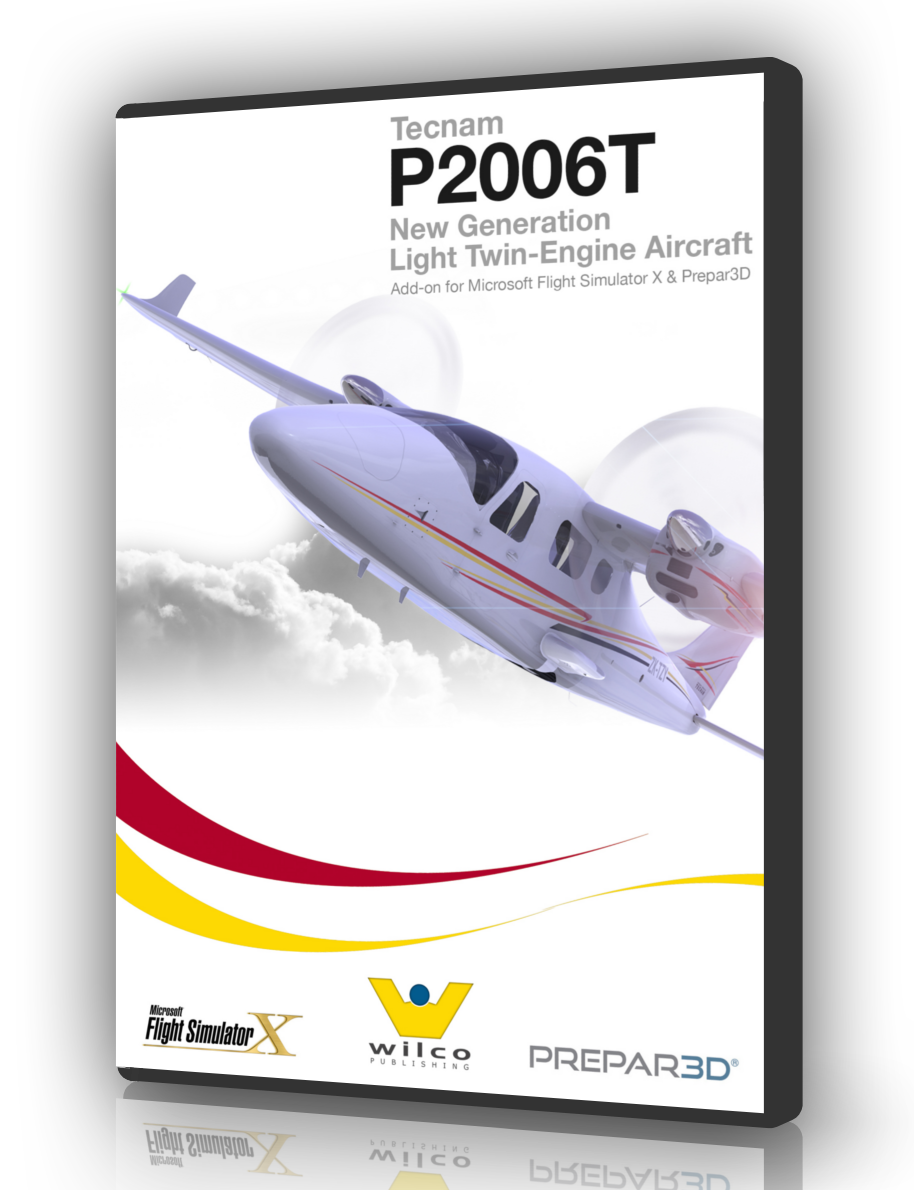 The P2006T is a modern 4-seat light twin-engine aircraft. It is an excellent trainer for a twin engine aircraft as used by real life aircraft training companies. It is stable and provides superb all-round vision with the wing-high configuration.The P2006T features STOL and rough runway operation capabilities.

The P2006T project is based on the revolutionary, new aircraft engine, the Rotax 912S. This engine is specifically designed to incorporate the latest technologies developed by the automotive industry. The Rotax 912S is currently the only aircraft engine approved to utilize automotive fuel. Some of the benefits include: much lower operating costs, better power-to-weight ratio, lower fuel consumption. The Tecnam P2006T’s empty weight is the lowest among its direct competitors, while the payload is higher.

The wing-mounted engines relieve the aerodynamic load on the wing with a consequently lighter structure. The remarkable propulsive efficiency of the Tecnam P2006T is attributable to the low propeller rotating speed and the low engine drag. These, together with a streamlined fuselage, result in uncommonly efficient aerodynamics.

Exclusive Gallery of the Tecnam P2006T in Prepar3D v2.3